On the territory of “Triaditza” Quarter is the South Park of Sofia with a total area of 134 hectares, which attracts both residents and guests of the capital.The South Park is a structure-element for the city and its green system and is envisaged as a major green wedge towards Vitosha. The conceptual design was developed and approved in 1972 (design team led by Arch. M. Karlova) when its construction began. The South Park is planned in landscape style (English Park). This was suggested by the varied topography and rich terrain forms. In the park, there are four separate sectors. The main sector is built on the flat part of the terrain and is shaped like a decorative flooring palm rich with geometric shapes. In the children’s sector there are several playgrounds, water features and small cafeterias. The steep slope below the Government Hospital has built several thematic views that offer quiet relaxation and contemplation. One can find in the South Park 65 species of birds, 29 of them protected and 2 listed in the Red Book of Bulgaria. Perlovska River passes the park, and flows into the River Iskar. Apart from the several children’s playgrounds, there is also a concert scene placed in the South Park. 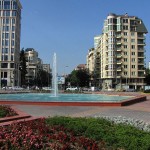 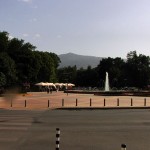 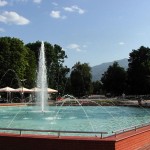 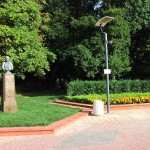 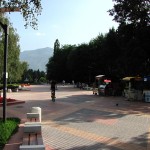 « The National Polytechnic Museum » The Temple of St. George the Victorious