The Central Sofia Market Hall, known popularly simply as The Market Hall is a covered market in the centre of Sofia, the capital of Bulgaria, located on Marie Louise Boulevard. It was opened in 1911 and is today an important trade centre in the city.

The construction of the building, which spreads over 3,200 m², began in 1909 after the design of architect Naum Torbov was selected in 1907, and took two years to complete.

Until the late 1940s the Sofia municipality let out about 170 shops and stalls in the Central Sofia Market Hall. The rents and the product quality were strictly regulated. The market hall building’s interior was significantly altered after the 1950s and the market was closed in 1988 in order to be reconstructed, modernized and once again opened for Easter in 2000. 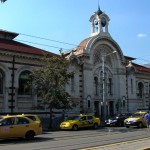 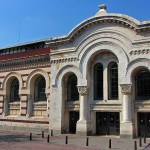 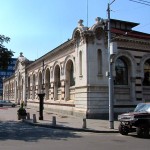 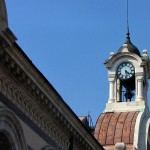