Hristo Botev  (6 January 1848 – 1 June 1876), born Hristo Botyov Petkov, in Kalofer, was a Bulgarian poet and national revolutionary. Botev is widely considered by Bulgarians to be a symbolic historical figure and national hero.

In 1885 a commemoration committee was founded on the date of Botev’s death 1 June. He saw the a radical revolution as the only possible tool for liberation. Soon Botev became a mythical figure in the Bulgarian National Revival, and is even today commemorated as one of the two greatest Bulgarian revolutionaries alongside Vasil Levski.

Every year at exactly 12:00 on 2 June, air raid sirens throughout all of the country resonate for a minute to honour Hristo Botev and those who died for the freedom of Bulgaria. People everywhere stand still for 2 to 3 minutes until the sirens are stopped. 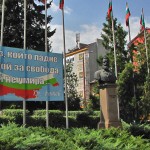 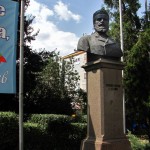 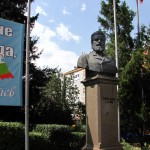 « Temple St. Konstantin and Elena » The monument of the First Balkan War Victims