The House of Stefan Dichev

Born and raised in Veliko Tarnovo, in 1938, the writer Stefan Dichev graduated from high school in his hometown, and then studied civil engineering in the Czech Republic (then Protectorate of Bohemia and Moravia). He graduated in law from Sofia University in 1943, where his affinity for political-science was provoked, but after the 9th of September’s coup he devoted himself to writing and editorial work.

Stefan Dichev was the director and cofounder of the Bulgarian language series “World Classics” of “Folk Culture” publishing house. After approving the release of “Master and Margarita” by Bulgakov before its release in USSR, he was fired. From 1962 to 1990 he was editor of its youth-based magazine “Cosmos”.
It is located on 17, Midzhour Str. 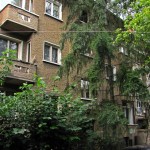 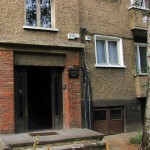