Established in 1879, the Bulgarian National Bank soon became the pillar of the nation’s financial system.

The idea of a BNB museum dates back to the late 1920s. It was first tried, albeit partially, in 1969, when the Main Hall briefly hosted an exhibition of specially gathered coins and banknotes. Preparations for a permanent display to present valuable exhibits to the public began in 1991. From the subsequent year the collection of coins and banknotes began to be actively and regularly augmented.

The BNB Museum Collection was officially opened on 25 January 1999 г. as part of celebrations to commemorate the Bank’s 120th anniversary. The permanent exhibition is divided into several sections. Covering an area of over 300 sq m (3,000 sq ft), it comprises a wealth of antique and medieval coins discovered in Bulgaria and dating from the Fifth Century BC until modernity. The exhibition also illustrates the coinage organized by the Ministry of Finance and the BNB, and covers BNB money issuing activities from 1885 onward. 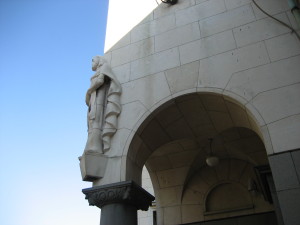