The house of Ilka Popova

Ilka Stefanova Popova is a Bulgarian opera singer, mezzo-soprano. She was born in 1905 in Sofia in the family publicist Stephen Mavrodiev. In 1913 she started singing in a children’s amateur choir, and from 1921 studied opera singing with Ivan Vulpe at the State Conservatory. The following year, only seventeen, she debuted at the Sofia Opera in the role of Amneris in the opera “Aida” by Giuseppe Verdi. After graduating in Sofia she continued her studies in Italy, Austria and France. In 21 years working at the Grand Opera in Paris and achieved international renown. She is the first Bulgarian singer, sang in the opera La Scala in Milan. She died in 1979. 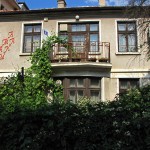 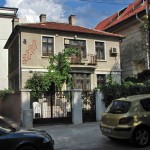