The Central Military Club (Bulgarian: Централен военен клуб, Tsentralen voenen klub) is a multi-purpose monument of culture building in the centre of Sofia, located on Tsar Osvoboditel Boulevard and Georgi Rakovski Street. The central military club is one of the cultural icons of Sofia. It hosted many evens like concerts, exhibitions, summits, theatre performances, ceremonies and others.

The foundation stone of the edifice was laid in 1895. The Military Club was designed by Czech architect Antonín Kolář in the Neo-Renaissance style and finished by Bulgarian architect Nikola Lazarov in 1907. The lot and the funding was provided by the Sofia Officers’ Assembly. A stone from the battlefield at Slivnitsa from the Serbo-Bulgarian War (1885-1886) was laid in the foundations.

The building has three stories and features a coffeehouse, an art gallery, a number of refined halls varying in size, as well as an imposing concert hall with 450 seats. Due to all this, the Central Military Club has always been an important cultural centre of the capital, once exhibiting works by Ivan Mrkvička, Vladimir Dimitrov, Jaroslav Věšín and providing these noted artists with studios. The concert hall has also seen performances by actors and opera singers like Krastyu Sarafov, Nicolai Ghiaurov, Feodor Chaliapin, Boris Christoff etc. 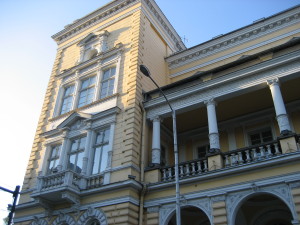 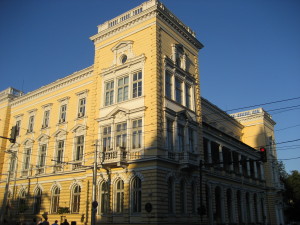