In 1871 in the village of Birimirtsi / today in Benkovski neighbourhood / the Bulgarian Apostle of Liberty Vasil Levski founded a secret revolutionary committee. Together with his friend Father Gennady Ihtimanski – abbot of the Dragalevski monastery collected patriotic peasants from Birimirtsi and Obradovtsi in the house of Velle Mitrov and thus laid the foundations of a secret conspiracy.

Every year on 19 February, when the anniversary of the death of the Apostle is acknowledged, the library organized a commemorative ceremony for a grateful tribute of the generation of Benkovski to the life and work of Levski and the founders of the revolutionary committee.

In 1978 Velle Mitrov’s house was pronounced a monument of culture. It hosts a museum exhibition that brings the spirit of the XVIII and XIX century. 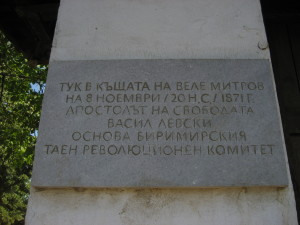 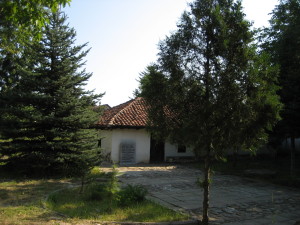