The monastery in Obradovtsy “St. Mina”

The monastery is built next to Vladayska river in the former village of Obradovtsy, now district of Sofia. The telephone for contact is (02) 936 69 99

According to the legends the monastery St. Mina has been built in late-Roman era. In 11th century on that place there was a big monasterial complex with 40 chapels, many buildings and a religious school, as well as women monastery of Sveta Gora.

In medieval times the monastery is part of Sofia’s Mala Sveta gora (“Liltle Sveta Gora”) – a ring of monasteries around the capital. The crusades and ottoman attacks destroyed the monastery, but the memory and legends of the saint-warrior Mina remain. During the construction of Valadayska river’s bed were found buildings’ foundations and other small parts of houses. In 1927 peasants by accident have found remains of the ancient monastery and in 1942-1945 the Obradovsky monastery is rebuilt in its old look. During that period has been built the church and few other chapels. In one of those, named after SS Kozma and Damyan there is a spring with holy water.

On every 11th of November there us a fest dedicated to the great Saint Mina. The legends says that Mina was an Egyptian, who served in the Roman army during the rule of emperors Dyocletian and Maximilian. He died as a martyr for the Christian faith, because he refused to give a victim to the pagan idols. 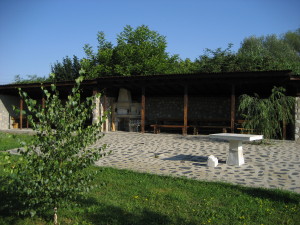 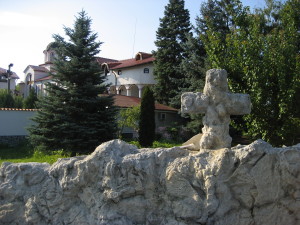