It is one of the first monuments to be built in the then newly-liberated Principality of Bulgaria. It commemorates the hanging of Bulgarian national hero and major revolutionary figure Vasil Levski on the same spot on 18 February 1873. The monument is 13 m high, made of grey Balkan granite and designed by Czech architect Antonín Kolář. The bronze bas-relief of the head of Levski, part of the monument, was created by Josef Strachovský, whereas Italian Abramo Peruchelli did the stonecutting work. It was inaugurated on 22 October 1895. 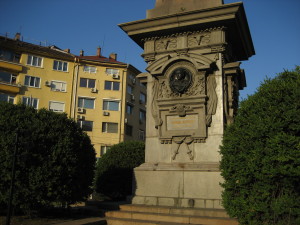 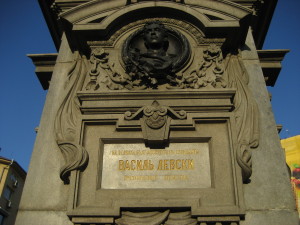