The area of the “Cross”

People from the neighborhood say that the place is called Cross because of the ancient story  that here in this place Emperor Constantine the Great saw a sign of Cross in the sky and heard the voice of Lord, who told him that this sign will help him defeat his enemies. According to the legend the citizens of Sofia made a cross on monument shortly after the event in memory and in honor of the dead Russian soldiers in the Bulgarian War of Liberation. It is believed that the stone cross is the first in Sofia and Bulgaria’s first memorial monument erected as a sign of gratitude to the liberators. The shape of the cross is distinguished by sacred uniqueness.

In March 2005 the National Council for the Protection of Cultural Monuments of the Ministry of Culture decided that the monument be declared a historical monument with local significance. 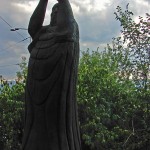 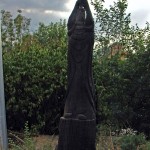 « The Zoo Garden » The Water Tower