Paisius was born in the Samokov eparchy of the time, probably in the town of Bansko.He established himself in the Hilandar monastery on Mount Athos in 1745, where he was later a hieromonk and deputy-abbot. Collecting materials for two years through hard work and even visiting the lands of the Germans, he finished his Istoriya Slavyanobolgarskaya in 1762 in the Zograf Monastery. The book was the first attempt to write a complete history of Bulgaria and attempted to awake and strengthen Bulgarian national consciousnesses. 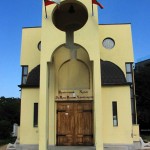 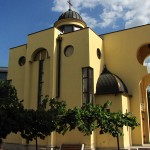 « The National Palace of Culture » Temple St. Konstantin and Elena