The National Gallery for Foreign Art

The National Gallery for Foreign Art (Bulgarian: Национална галерия за чуждестранно изкуство, Natsionalna galeriya za chuzhdestranno izkustvo) of Bulgaria is a gallery located on St. Alexander Nevsky Square in Sofia. It serves as the country’s national institution for non-Bulgarian art. It is situated in the 19th-century Neoclassic edifice of the former Royal Printing Office.

The edifice of the NGFA was built between 1882 and 1884 during the rule of knyaz Alexander Battenberg to the designs of Austrian architect Friedrich Schwanberg and reconstructed after it suffered significant damage during the bombing of Sofia in World War II. The gallery itself was founded on 5 November 1985 as the art gallery of the Sts. Cyril and Methodius Foundation, its stock being later enlarged by donations, as well as by the addition of the National Art Gallery’s foreign art section.

A large portion of the donations were made through the “13th Centuries of Bulgarian Statehood” fund, established by Lyudmila Zhivkova in the 1980s. Gallery’s current look is thanks to the architect Nikola Nikolov.

The gallery’s permanent exposition features European, Asian (Buddhist, Japanese and Indian) and African art, as well as separate contemporary art and engraving sections. It houses christian plastics stemming from Indian province Goa, tat could be found only in Portugal and the UK. 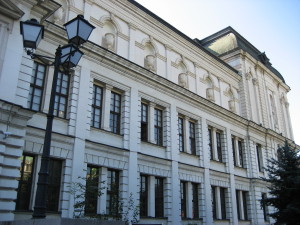 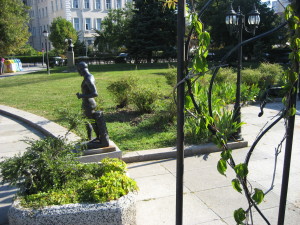