Initially the park was in the outskirts of Sofia, and later became in its center. Today in the park are located the Vasil Levski and Bulgarian army stadiums, as well as the pool Maria Luisa.

It was first named Nursery garden, and later Pipiniera. After the birth of the Prince was named Boris’ garden.

In 1882, the then mayor of Sofia Ivan Hadzhienov brought Swiss gardener Daniel Neff from Bucharest with the intention to create a garden for the capital of Bulgaria.

Neff developed the first plan of the garden in the spring of 1882, set up the nursery and built a house for himself, starting construction in 1884.

Alsatian Joseph Frei was appointed manager of all gardens and parks of Sofia in 1906. He reorganized Borisova gradina according to his own plan further developing the one of Neff. In carrying out this plan Frei planted the two main alleys in the lower part of the garden, the linden and chestnut one, and opened the wide central and two side alleys in the upper part, from the children’s playground to the Fish Lake.

In the beginning of 20th century was built the Ariana lake, which was the first one in Sofia with boats in it. During the winter it is used for ice-skating. The park also has tennis courts, monuments, fountains and kids playgrounds. 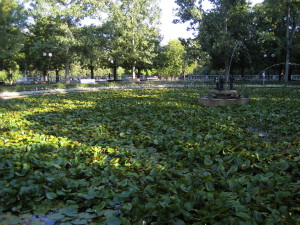 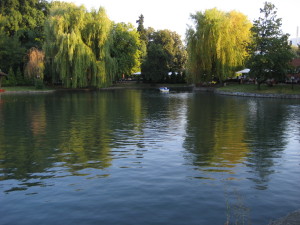